A novella of approximately 110 pages in which  Martha experiences, first-hand, the peril of medieval childbirth . . . 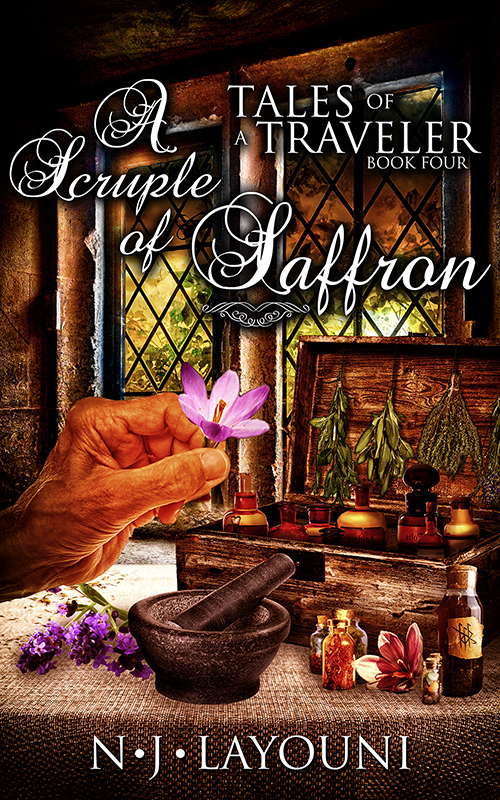 Giving birth is never easy. But in a medieval world, it’s another circle of hell!

Martha and Vadim are eagerly awaiting the arrival of their first baby. But their little bundle of joy has sailed past his ‘due by’ date and shows no sign of wanting to make an appearance.

Late pregnancy isn’t any fun, and Martha’s just about reached the end of her tether.

Lack of sleep gives her plenty of time to worry about the many risks associated with medieval childbirth. On top of that, Vadim’s overprotectiveness has hit a new all-time high. His constant fretting and clucking is beginning to drive her slightly nuts.

How long will she be able to keep hold of her temper?

Impending fatherhood is nothing like Vadim imagined it would be.

When Martha bluntly refuses to go into her confinement, instead of attending to his duties as Earl of Edgeway, he’s forced to shadow his wife around the castle while she goes about the business of ‘keeping active’.

The problem is, here in Erde Martha is as vulnerable as any other pregnant woman. All of her other-worldly wisdom will not save her from what lies ahead.

How can Vadim make her understand his fears?

Anselm watches from the outside as Vadim and Martha confront the greatest challenge of their married life. When everything starts falling apart, will he have the courage to step out of the shadows and take control, and do what needs to be done?